Achieve Your Goals – With a Little Help from Daruma 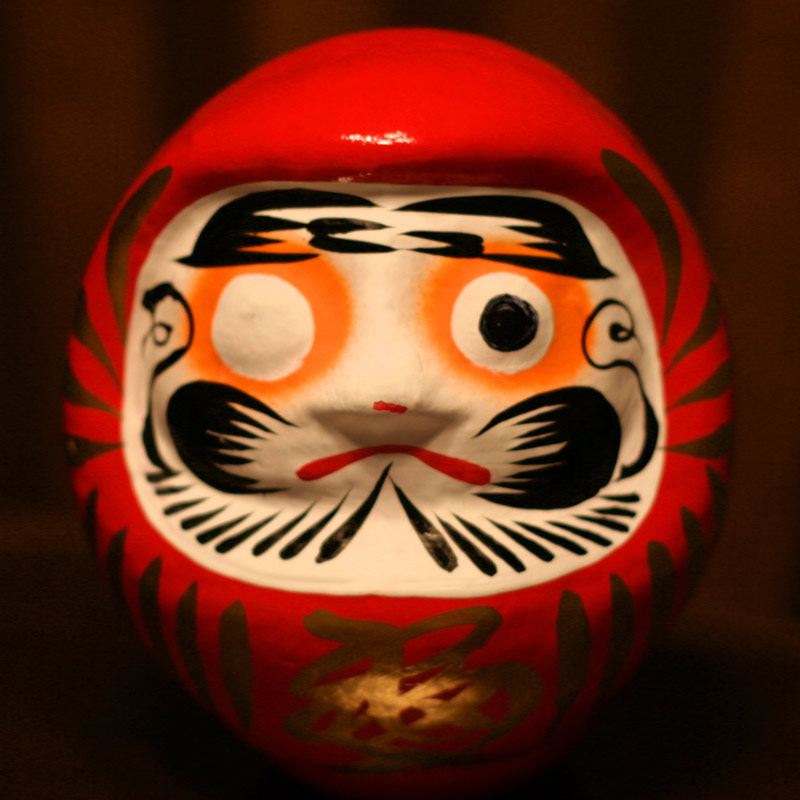 A traditional Japanese Daruma doll is a stylized figurine made out of papier mâché whose shape and design holds much meaning and symbolism.  But the modern idea of using Daruma to help reach your targets is a technique which is still relevant and useful today.

There is a complex (and slightly grisly) legend associated with this funny little character which starts with a monk from Central Asia named Bodhidharma who, as it happens, founded Zen Buddhism.

Bodhidharma was a ‘wall gazer’ monk who, so the story goes, sat facing a wall meditating for nine years without moving, even to blink.  During this time he fell asleep and, in his frustration, chopped off his own eyelids.  And because of being immobile for so long his arms and legs also dropped off.

The Japanese name for Bodhidharma is Daruma and, as this story traveled from China to Japan, the Daruma character was associated with the monk’s perseverance and became a symbol of determination and luck.

It’s common in Japan for temples and shrines to sell charms that bring good luck or particular wishes such as health and prosperity to the recipient and which are later, usually after one year, returned to the temple. 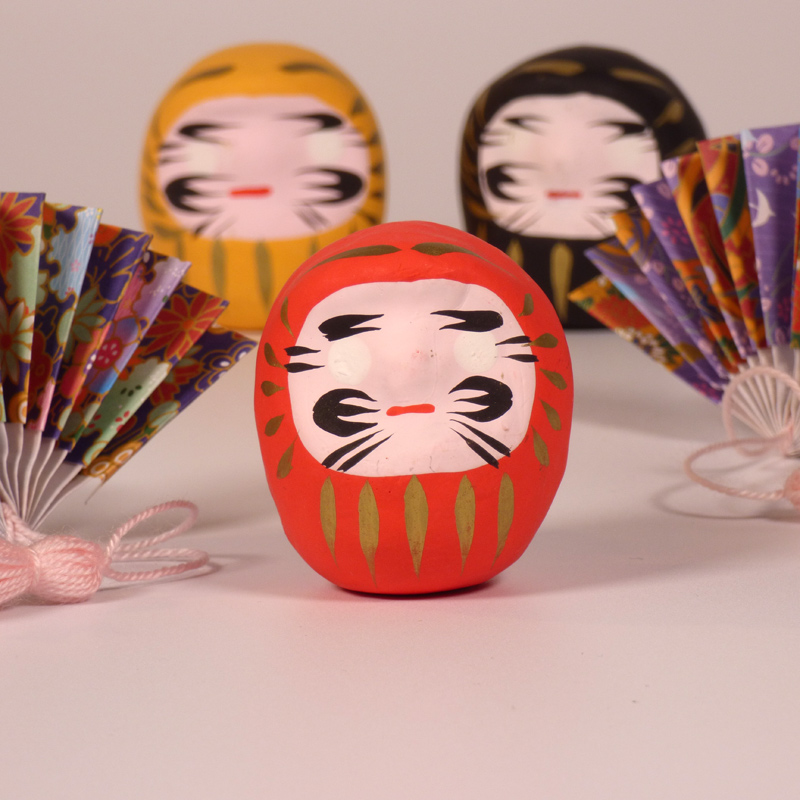 This is how the papier mâché Daruma doll started, as a talisman to bring good luck, bought from the Temple of Daruma in Takasaki City, north of Tokyo.   However, because of Bodhidharma’s story of suffering in the name of enlightenment, the modern symbolism of Daruma has come to focus on determination, perseverance and motivation to achieve a personal goal.  Of course, the good luck is still there and many Daruma dolls are returned to the temple they came from and ceremoniously burned to complete the cycle.

The design and features of the traditional Daruma doll are all loaded with meaning.  He’s a round little figure, lacking limbs which of course comes from the legend associated with Bodhidharma and reminds the owner of Bodhidharma’s self sacrifice and determination to reach enlightenment even at such a great cost.

Traditional dolls are weighted at the base so that they cannot be knocked over, and this inspires the owner to remember that, no matter how many times you get knocked down, if you really want to succeed you must always endeavour to pick yourself up again.  This is also why Daruma is thought to ward off illness, literally helping you to ‘bounce back’ to good health!

The patterns forming his features are also symbolic.  On traditional dolls, the eyebrows are painted to look like cranes and his beard is like two turtles, both of which are symbols of longevity in Japan.

In addition you will notice that, when you newly acquire one, he has two blank pupil-less eyes.  This represents Daruma’s two sightless eyes due to him mutilating his own eyelids.

And this all leads on to how the Daruma doll can help you achieve your goals.  The deal is that if the spirit of Daruma will help you achieve your particular target, you will restore his sight by filling in both pupils.  A large part of that deal however acknowledges that you will persevere and make your own great efforts thereby honouring Daruma’s own determination and sacrifice.

When you set yourself a goal you can fill in Daruma’s left pupil (his left) and your aim should be to complete your goal within one year.  When you have accomplished what you set out to achieve, you may fill in the other pupil thereby restoring Daruma’s eyesight and rewarding him for helping you complete your task. 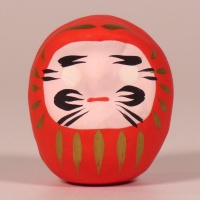 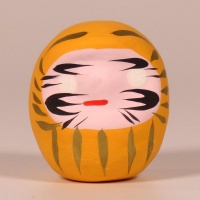 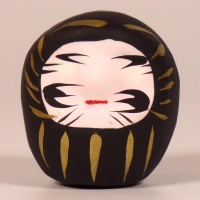