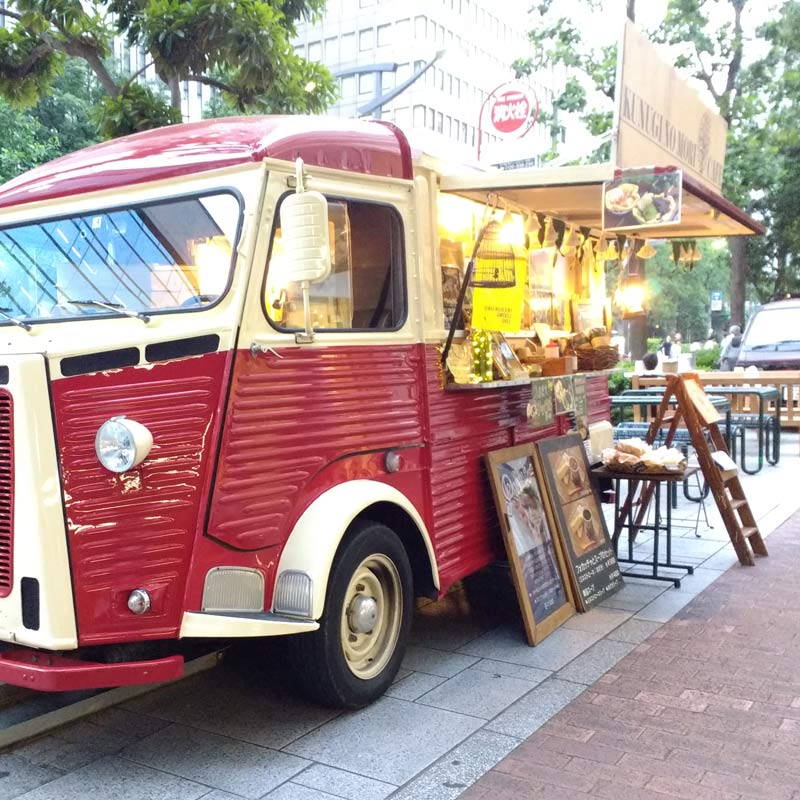 In my previous blog about Ikebukuro, I mainly concentrated on shops, restaurants and the sprawling station area.  However, there is still more to discover in Ikebukuro including festivals, music, arts and a big Manga and Anime culture.

But first, back to shopping!

Many people know that the Akihabara area of Tokyo is known as ‘Electric Town’ and it is famous for a vast array of stores selling all kinds of electrical goods and electronics from department stores such as Yodabashi to tiny dingy stalls selling components.

However, Ikebukuro is also home to a couple of the largest electrical retailers both of which have several different stores dotted around the area specialising in different types of goods. 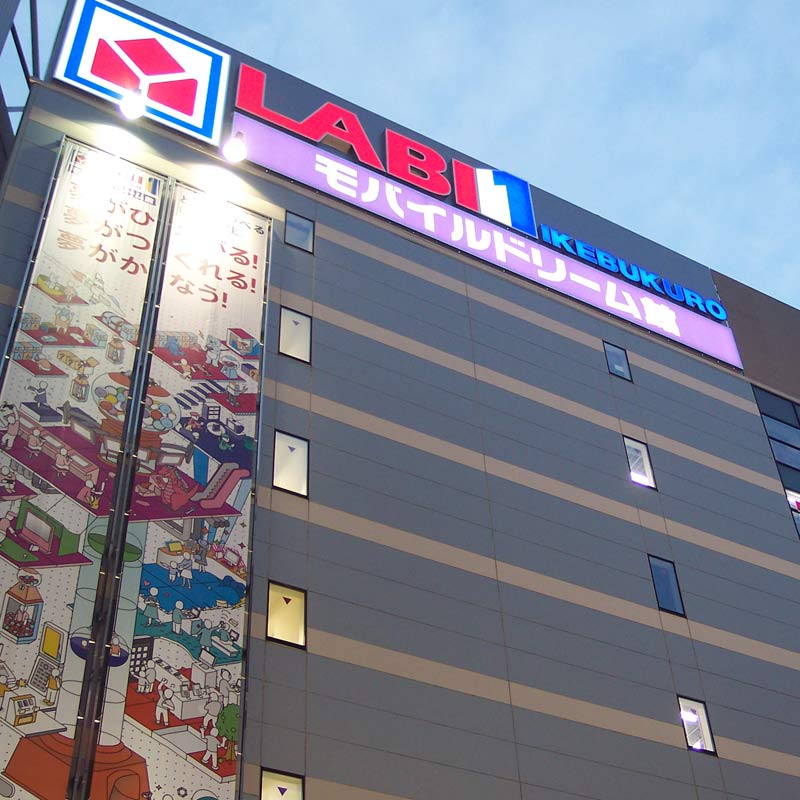 BIC Camera is well known in Japan and it has two large stores close to Ikebukuro Station, one to the west side and its main store to the northeast.  The other huge and famous electrical retailer is LABI, also known as Yamada Denki, which has a couple of large stores in the area.

OK, so you’re not interested in TVs and washing machines!  But I would say that these stores are really worth taking a look at just for the experience.  Here you will find everything from mobile phones, computers and tablets to the biggest televisions you have ever seen, beauty appliances and every kind of domestic white and black goods you can imagine.

A big draw is also their ‘hobby’ floors which not only stock a lot of toys, action figures, comic books (Manga) and games but also display a huge range of model kits plus all the tools, paints and accessories you require to build them.  LABI even has space for you to sit and build your models!

The stores are bright, noisy and sometimes confusing but if you want to see the cutting edge of technology in the Far East then you’re in the right spot. 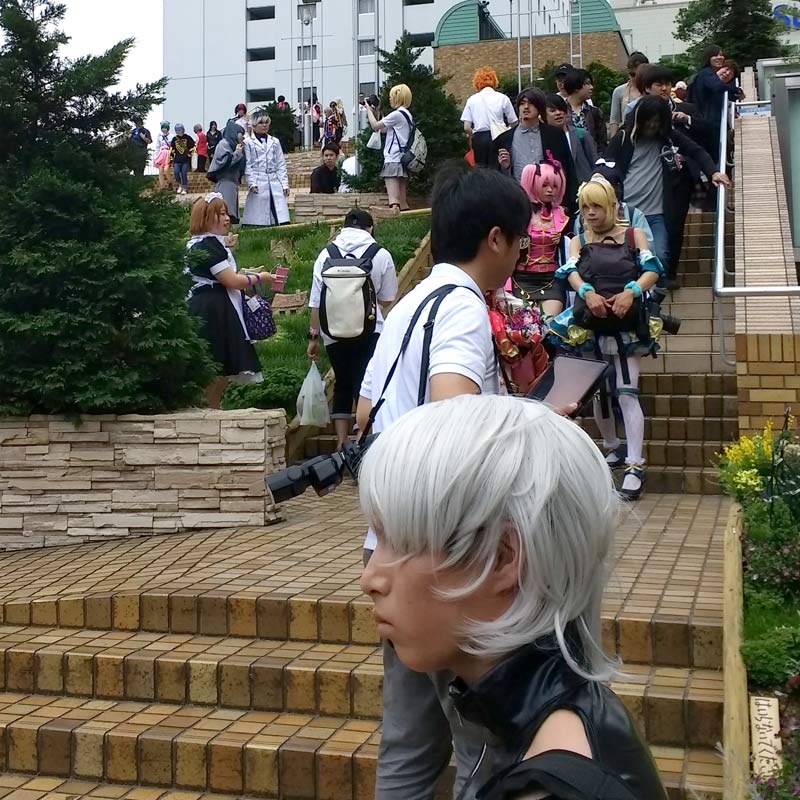 One particular culture that has grown up in the Ikebukuro area is that connected to Japanese animation and comic books, which most people know as ‘Anime’ and ‘Manga’.

Collectors and cosplayers are drawn to the area because of large stores like Mandarake and Animate that are situated close to Sunshine City and other shops where you can buy and try on costumes.  You can often see groups of people gathered at Sunshine City dressed up as their favourite characters!

There are now the obligatory Maid cafes which I think are largely there for the tourists but in Ikebukuro you can also discover Moe (mou-eh) culture, Manga cafes and the less well known Butler cafes, aimed at women and girls where you can enjoy a refined meal in a fantasy setting being served by your very own butler.

Ikebukuro has developed a culture for jazz music and there are many bars and venues around where you can enjoy the scene.  They also hold a Jazz Festival once a year in the Spring when you can hear great music all around the Ikebukuro area including buskers on the street and free events in shopping malls and department stores. 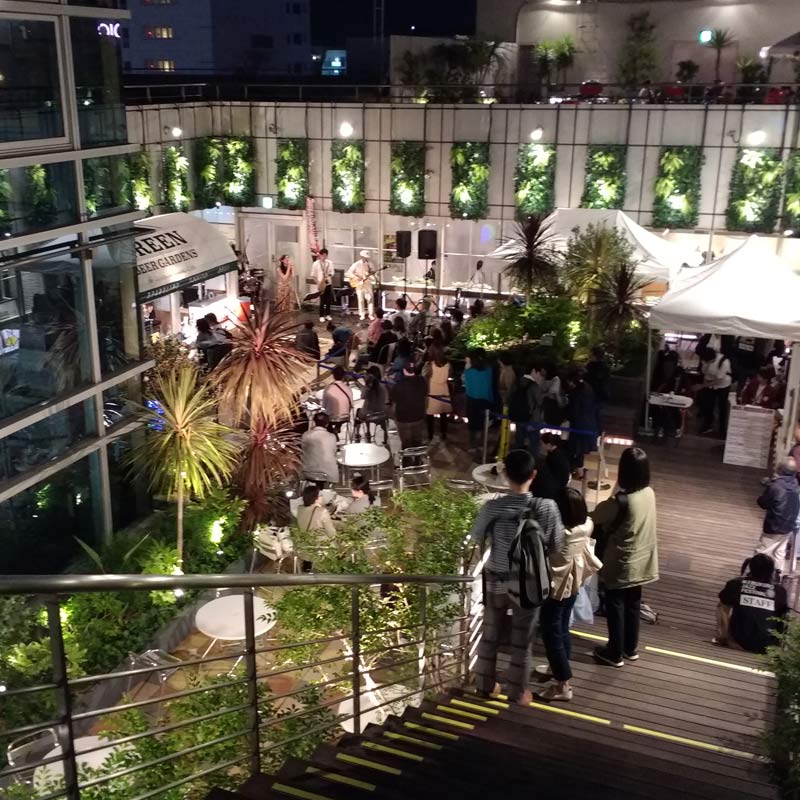 Even if you don’t like jazz, it brings with it an enjoyable atmosphere and lively entertainment.

Another lovely event is the Ikebukuro Living Loop Festival which takes place in the Minami Ikebukuro Park vicinity (see my previous blog) over a number of days in the Autumn and in Spring, which is the one I went to.  Unfortunately, most of the information about it is in Japanese but I gather that it is a festival to bring together the community, local businesses and local producers so that everyone can have a relaxing and fun time in the city.  You can find plenty of stalls with hot street food, sake, beer and other drinks and local crafts – you don’t have to speak Japanese to enjoy that!

There are also musical entertainments, performance and other arts and workshops.  It’s all family friendly and a lot of fun.

Ikebukuro is also home to the Tokyo Metropolitan Theatre which is a large modern theatre and concert hall with a wide square plaza outside.

The theatre hosts many prestigious and popular shows and concerts but even if you don’t want to book tickets, you can often find free events being held in the area outside.  There are second-hand book and CD sales, flea markets, mini music concerts and food and drink festivals such as Oktoberfest.

This is the end of my ramblings about Ikebukuro.  If you haven't already, please read part 1 of my blogs about this area.  It really is one of my favourite places to be and  I hope that you will agree that it is a vibrant and exciting place.  With all its entertainments, activities and excellent travel connections, I would recommend it as an area to base yourself if you are visiting Tokyo.