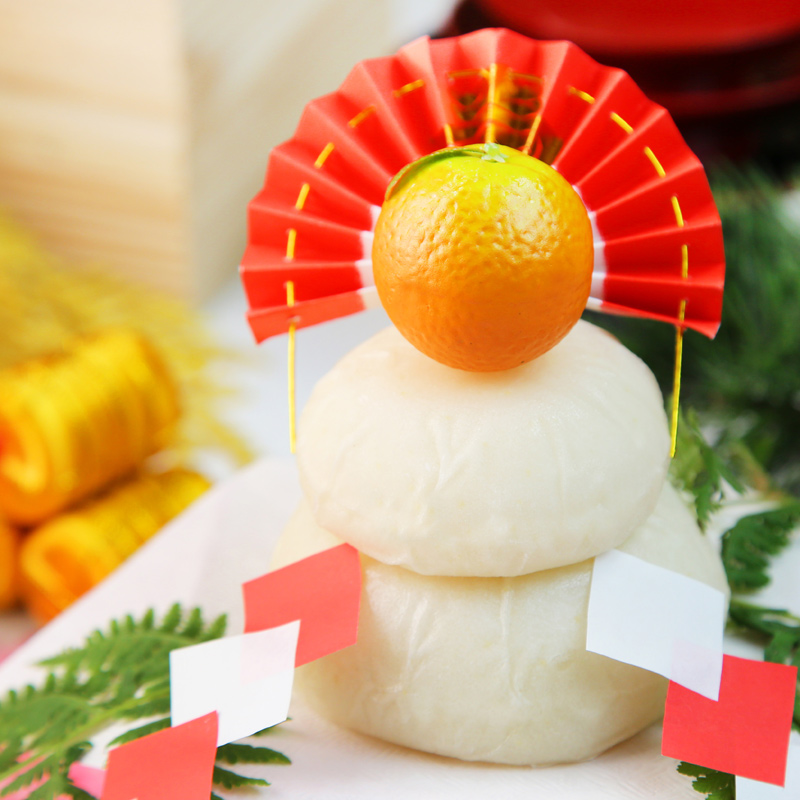 To people in the West, Christmas is usually a time for family festivities but in Japan New Year is the time that families get together to celebrate.

In Western culture, Christmas is a time when most of us take a break from work to be with our families, exchange gifts, eat together and celebrate the season.  New Year on the other hand is usually for partying with friends, going out and socialising.

In Japan however, since it doesn’t have the same religious or cultural roots, Christmas has become a frivolous time for having fun with friends, enjoying the glitter of decorated streets and shops, even including Christmas trees and Santas.

In Japanese culture, New Year or o-shōgatsu is the more significant holiday.

This is the time that families get together for traditional meals, giving gifts, exchanging warm wishes and celebrating the coming year.  As you would expect, schools are closed for two to three weeks but for adults the holiday period lasts about a week from the end of December, during which many companies are closed. 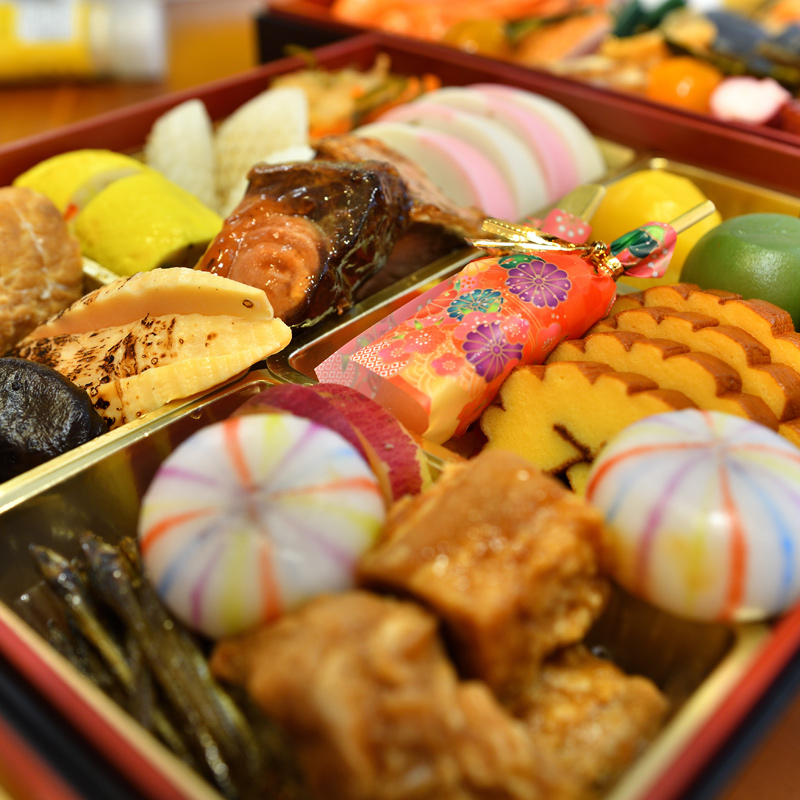 During the New Year’s holiday, the family eats a selection of specially prepared traditional foods known as osechi ryori.

Osechi consists of many different small dishes, each of which has a special meaning or wish for the coming year.  These are likely to include regional specialities and recipes that have been in the family for many years.

The small portions are packed into a lacquered multi-tiered box called a jubako, similar to a large bento box, and eaten over a period of several of days.

Just as we send cards at Christmas, in Japan at New Year people send nengajo, although more commonly nowadays people send their greeting on a postcard or nenga-hagaki. 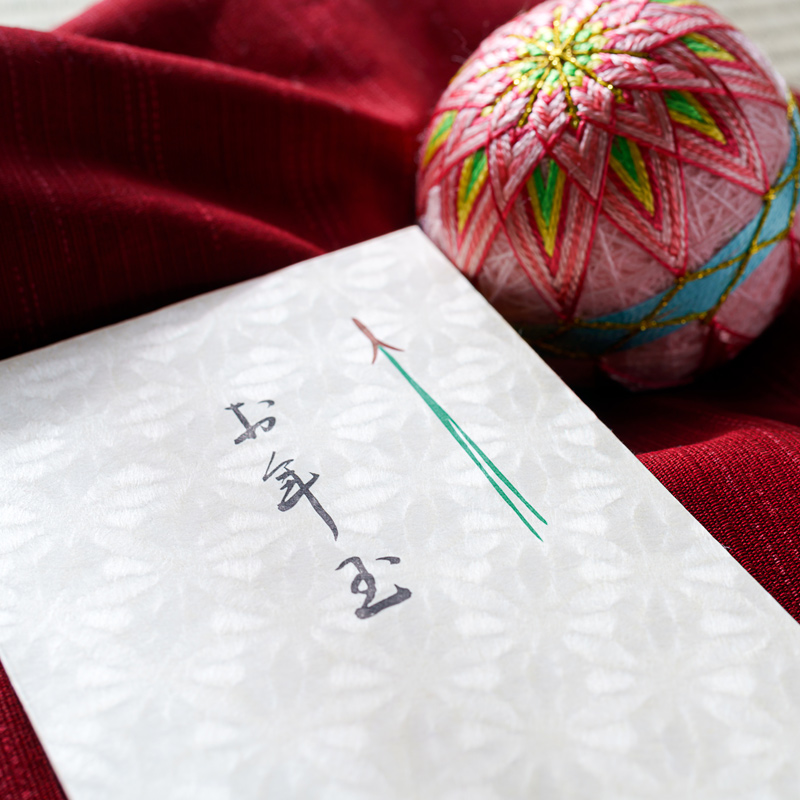 Just like here you might send nengajo to friends, family, colleagues and those you haven’t seen in a while.

The cards are an opportunity to wish those close to you a Happy New Year and, maybe more formally, to say thank you for their support through the year and your wish for continued friendship and contact in the year to come.

The greetings in the cards are usually beautifully written by hand, sometimes using a brush and ink and people can show off their crafty skills by using stamps, hand-drawing and stickers to decorate their own cards.

Children may also be lucky enough to receive otoshidama, a gift of money inside a prettily decorated card from parents and other adult family members.

Going to the Temple or Shrine 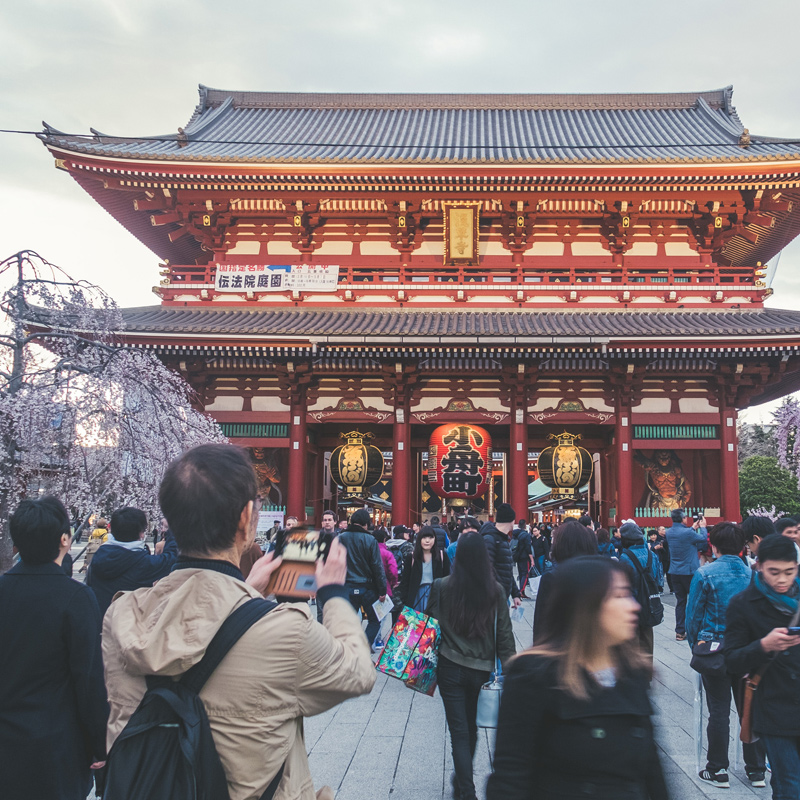 Another important part of New Year in Japan is going to the temple.  This first visit of the year to the temple or shrine is known as hatsumode - that’s the same ‘hatsu’ as in Hatsukoi, meaning ‘first’!

Temples and shrines in Japan can be incredibly busy places during festivals and holidays and New Year is one of the busiest times.  People head there to pray, of course, and express their wishes for good fortune and happiness in the coming year.

In addition, Japanese temples are full of charms and amulets which you can buy to bring you good luck and wish for good fortune in your work, study, relationships or some other aspect of your life.

If you buy one of these, you must return it one year later to the shrine or temple where it originated where it will be burned, the wishes returned to the heavens and the circle completed.  The New Year is a good time to do this and many people will be buying charms and returning them as part of their trip. 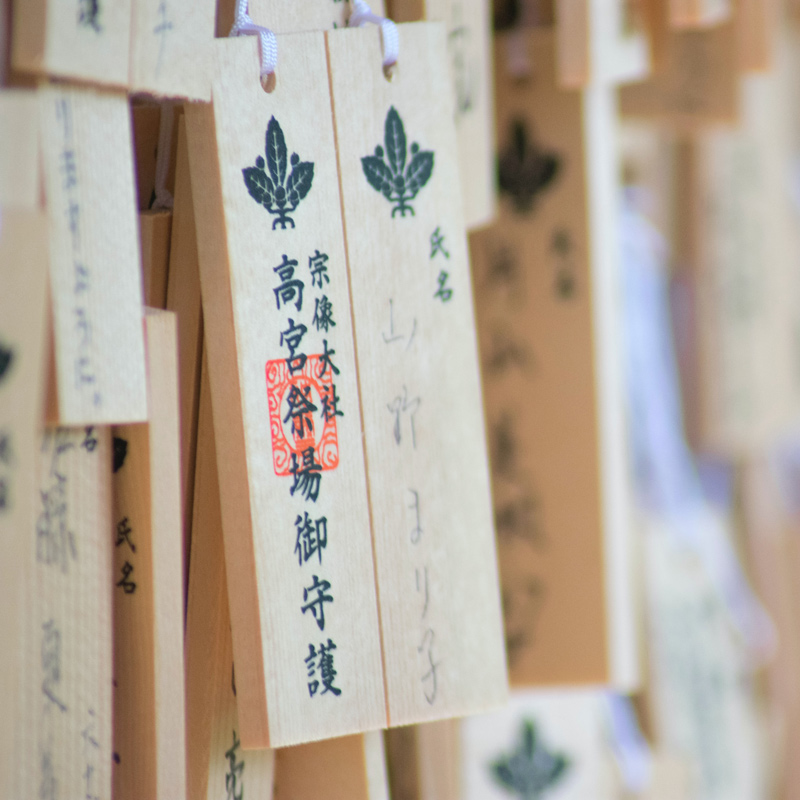 People may also write their wishes on ema, small decorated wooden plaques, that are hung about the shrine in the hope that their wishes will come true.

Some Japanese people may also want to have their fortune predicted by drawing an omikuji.  I’ve seen my friend do this many times at the temple to my complete amusement!

You pay a small amount to shake a bamboo or wooden box filled with numbered sticks until one drops out through a small hole.  Using that number, you take a corresponding piece of paper which is printed with your fortune, very much like the more in depth horoscopes you get here.

Be careful though, they are not always positive and some predict bad luck!  I suppose that’s to add a sense of jeopardy to the proceedings…  although I believe it is not unheard of for people just to take another one if they're disappointed. 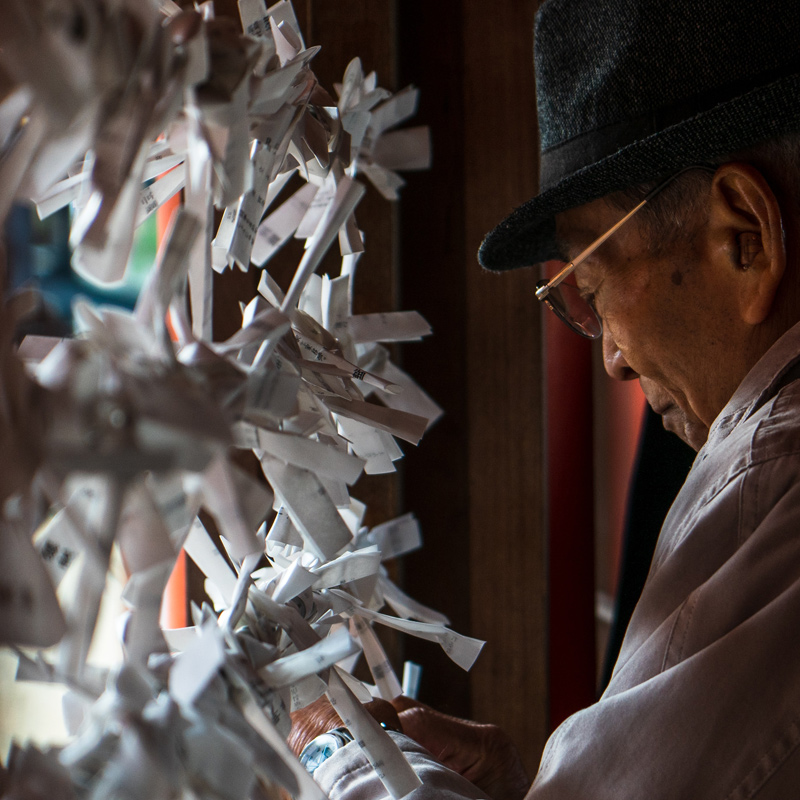 Just like in the West, New Year in Japan is a time for reflection, being thankful, taking stock and making plans for the year ahead.  Many of the traditions are ancient, dating from before Japan even adopted the Gregorian calendar.  But new ones evolve too, such as the more recent trend of counting down, Western style, to 1st January.

However you celebrate from East to West, it’s clear that marking the end of the old year and welcoming in the new is an important part of our culture.