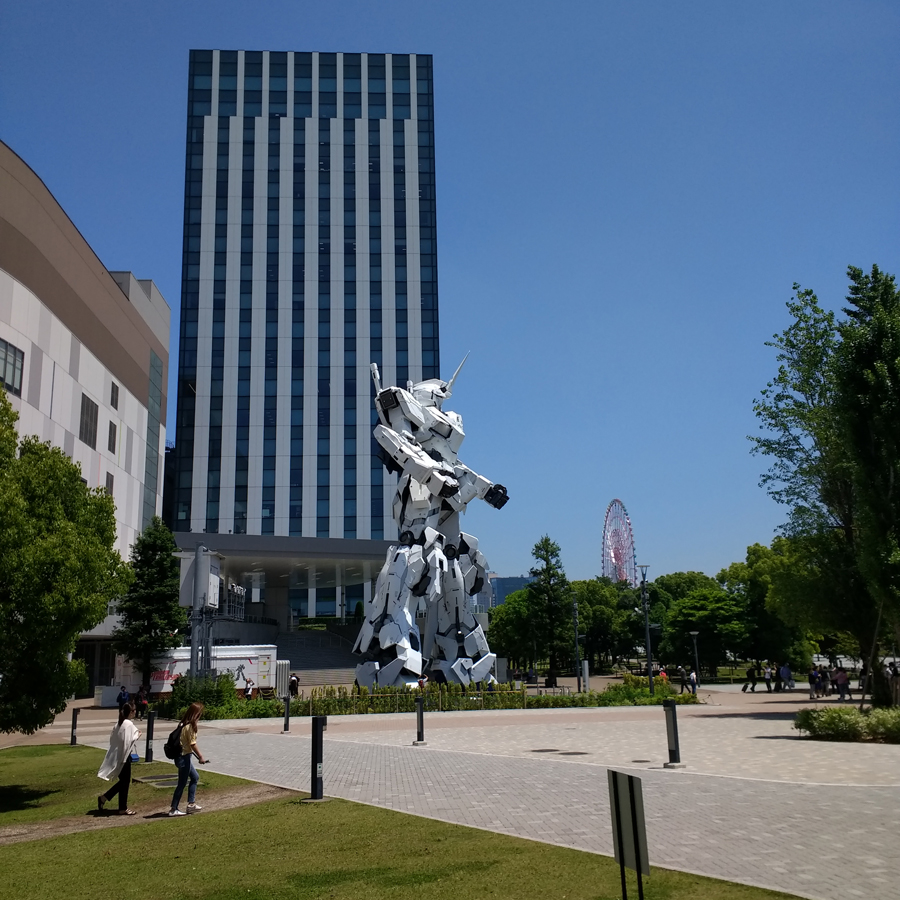 Odaiba, or just Daiba for short, is an area to the south of central Tokyo built on several artificial islands and reclaimed land in Tokyo Bay.  With its open spaces, wide walkways and modern infrastructure, it’s a great place for shopping, entertainments and relaxation.  Welcome to part one of my Odaiba blog!

When I visit Tokyo, Odaiba is one of the areas I will visit probably two or three times over the course of the holiday.  At peak times such as the weekends and public holidays, just like other popular places in Tokyo, the attractions can get very crowded and busy.  However a lot of the time there is a laid back atmosphere with room to breathe and quiet areas to take a break.  The wide, open walkways are bright, clean and modern with much tree cover and greenery and there are many pretty places to sit and enjoy the atmosphere.

In the main, the guide books tell you to access Odaiba by picking up the Yurikamome monorail at Shimbashi station.  This, of course, is quite correct and means you will arrive in Odaiba via the famous Rainbow Bridge.  But depending on where you are staying and where you intend to go when you get there, you may find it more convenient to take the Yurakucho Metro Line to Toyosu, a station which also happens to be right at the far end of the Yurikamome Line.  This is much cheaper if your destination is Toyosu or a monorail station closer to that end of the line since the Yurikamome is quite a bit more expensive than the JR or Metro subway lines. 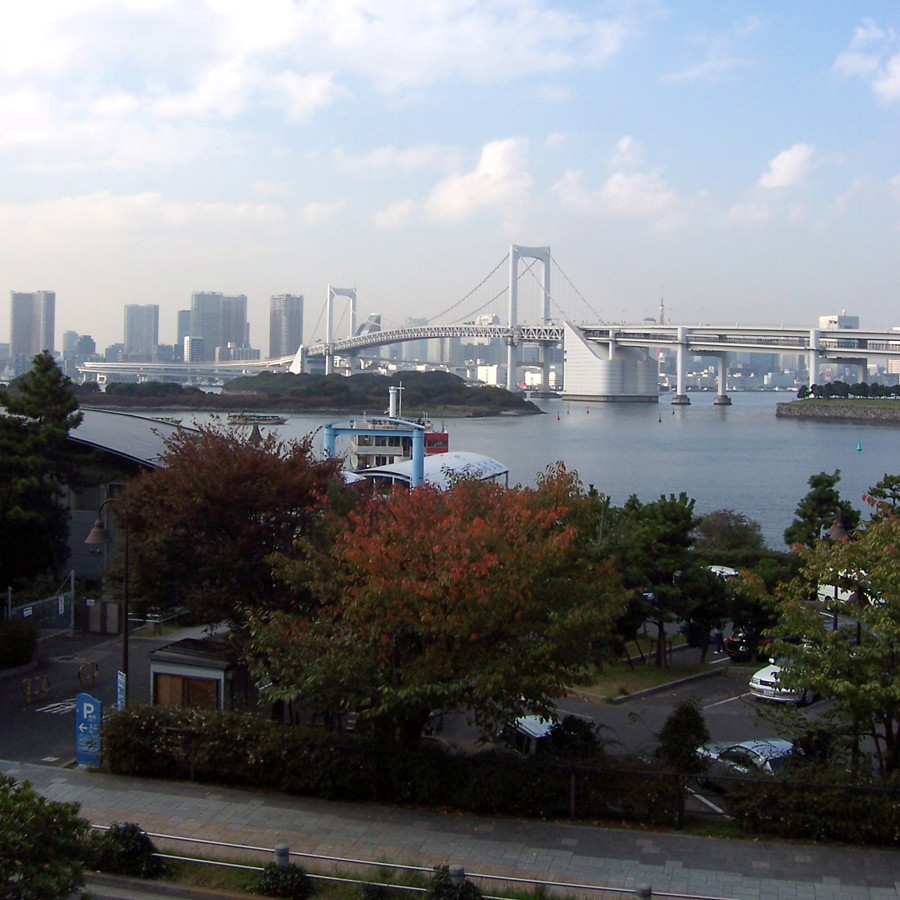 The whole Odaiba area is really quite big and so using the monorail to get from one landmark to the next is really convenient.  Because the area is very flat with elevated walkways, you can see many of the attractions from afar and it’s easy to think ‘oh I can walk that!’ when in fact it ends up being quite a hike, leaving you hot, tired and with sore feet.

So if you intend to visit several different spots in one day, make sure you’ve topped up your Pasmo or Suica card and make full use of the public transport if you want to save your legs.

So once you reach Odaiba, what are you going to do there?  Part of the reason Odaiba is one of my favourite places is that there is so much to see and do.  It’s filled with super modern and high tech buildings, shopping malls and museums but there are also beaches, parks and entertainment centres.

If it’s shopping you’re after then you’re really spoilt for choice.  There are several sites for mega-shopping in Odaiba and I’ll tell you about the ones I know.

Aqua City and Decks are two malls that sit side by side along the waterfront.  If you get off the monorail at Odaiba-Kaihinkouen station you are just a short walk from the Decks main entrance or if you get off at Daiba station you will be closer to the Aqua City entrance.  It’s easy to walk straight through from one mall to the other and sometimes difficult to work out which one you’re actually in!  Aqua City contains shops for many of the usual designer brands, both Japanese and foreign, and Decks has more in the way of small novelty-type shops and generally has a bit of a seaside theme going on, with a couple of coffee shops and restaurants having outdoor seating.

Although it’s nice to wander around and there are great views of the Tokyo skyline across the water, in my opinion both malls are feeling a bit dated and have been overshadowed by the newer DiverCity.  Sometimes, however, this can be an advantage as it’s often much quieter over this side, it’s very pleasant to walk up and down, enjoying the waterfront and it can be easier to find space in the restaurants, cafés and food court. 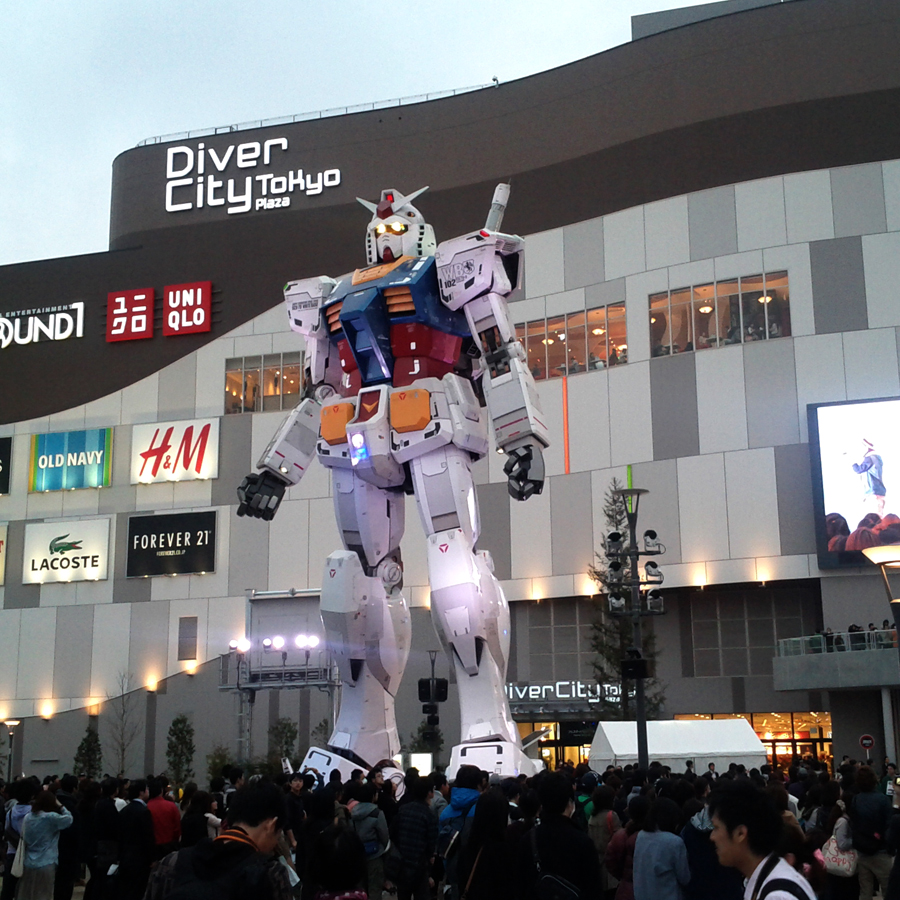 If you head out of Aqua City and turn towards Daiba station, you can see ahead of you DiverCity and Gundam Front Tokyo just a short walk away.  Outside the DiverCity shopping mall there is a nice open plaza which is home to the famous giant Gundam robot.  More than just being a statue, the life-size model performs a display in which it moves and emits lights, sounds and dry ice.  This show happens throughout the day at two hour intervals.  If you're a Gundam fan, there is a big exhibition of models both to buy and admire on the 4th floor of the mall plus in the plaza you can buy model kits and souvenirs and visit the Gundam café.

All around the plaza there are shady areas under the trees and lots of places to sit so if it's good weather it's nice to grab a takeaway snack and sit in the open air.  There are often events such as Oktoberfest and food festivals going on nearby which make for a lively atmosphere.

The DiverCity mall that dominates the plaza is one of my favourites in Tokyo and as well as a load of the usual retailers it includes a nice big GU, Uniqlo, Daiso, 3Coins and HandsBe. 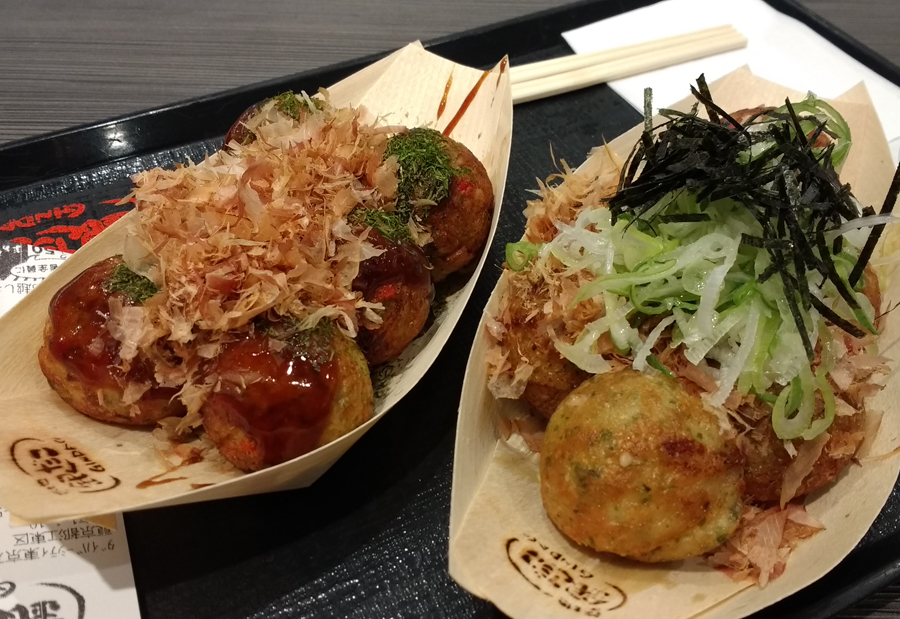 The ground floor where you enter is mainly given over to a food court where you can find all kinds of Japanese, Asian and Western food (the Gindaco takoyaki stand being my favourite) plus a rather expensive supermarket, a pharmacy (Matsumoto Kiyoshi) and a couple of shops selling traditional Japanese items which make good gifts and souvenirs.

If you are looking for more formal restaurants then head to the upper floors where you will find a lot of the big chains featuring both Japanese and Western-style cuisine.

The last shopping mall in the area that I think you could feasibly walk to without completely exhausting yourself (or getting lost) is Venus Fort which is just across the way from DiverCity plaza.

Once again, it’s a pleasant walk along raised pedestrian walkways and this route takes you past the entrance to vintage car museum Tokyo History Garage.  You can actually get in to Venus Fort through the museum.  The museum is free to enter so if you like to look at old cars then it’s worth taking the detour to take a look around. 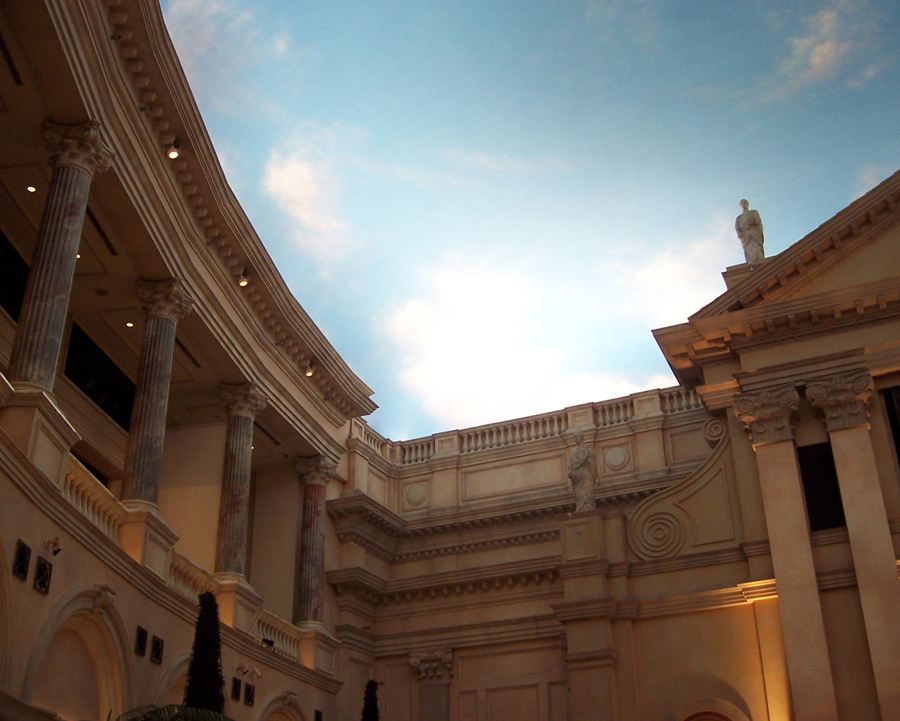 Venus Fort is a strange place and one that I have only visited a couple of times as it’s really not one that interests me that much.  Its main point of distinction is that the interior is a bit like one of the zones at Disneyland or one of the big themed hotels in Las Vegas.  The décor is supposed to resemble the streets of a ‘medieval European village’.  It’s completely enclosed and the ceiling has been painted and lit to look like the sky, dimming the illumination as evening draws on giving a romantic feel to your shopping outing.  It’s all quite cute but once you get over the fake street scenes with fountains, balustrades and faux stone building fronts, it’s really just a limited range of designer shops and outlets which you can find in bigger and better malls.

At the main gate of Venus Fort there is a semi-circular plaza where you can sometimes catch an event such as a J-Pop or K-Pop band doing a performance or signing which can be fun (although probably unintelligible to non-Japanese speakers!)

Close by to Venus Fort is an amusement called MegaWeb which is basically a big showcase for Toyota cars.  It’s actually more fun and family-friendly than it sounds even if you’re not that interested in cars.  There’s a bit about the history of the automobile industry in Japan and then you can see all the latest Toyota cars, technology and concept vehicles.  Adults can test drive the latest models on a special track, although you will need to have your driving license with you, and there are other rides for kids and adults but you will need to be able to understand the instructions and safety notices in Japanese.

Odaiba has so much to offer, is a great place to hang out and above I have talked about just a few of the places I like to explore.  In my second blog, I will head down to Toyosu for more waterfront shopping and talk about the many museums and parks that you can also visit.